Note: *Reflects collections within the Nevada General Fund and excludes taxes, fees and other charges that inure to the benefit of other state and local municipalities; [1] The modified business tax is a tax on gross payroll, less a deduction for employer-provided health care coverage. Because the hotel-casino industry provides such a significant share of these benefits to its employees, the industry's share of modified business tax collections is lower than its share of employees; [2] Assumed to be zero due to a lack of available data.

In the latest release by the Tax Foundation, Nevada ranks as the seventh best business tax climate in the nation. One major contributor to this tax friendly environment is that Nevada does not impose a corporate or individual income tax. This creates a low tax burden for both businesses and residents alike which allows the state to consistently rank as one of the best states to do business in. 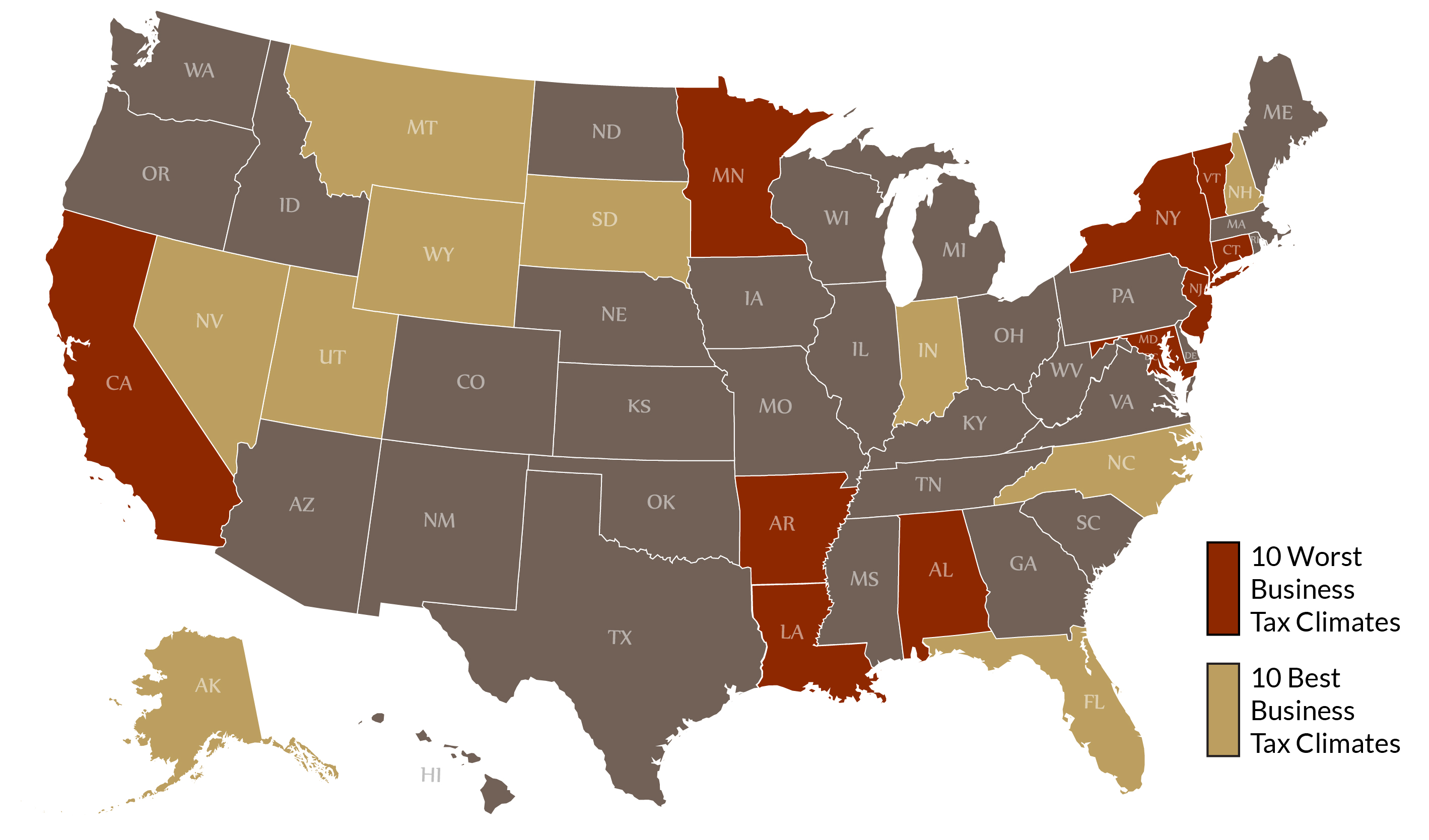 Nevada's tax structure continues to be one of the least burdensome on the average citizen in the nation for the following reasons:

Unlike other states such as California, Nevada does not have a corporate or personal income tax. Because of the gaming industry in Nevada, many of the additional taxes imposed on individuals and businesses in other states are not imposed in Nevada. Some of these taxes include:

It Doesn't Stop With Gaming Taxes...